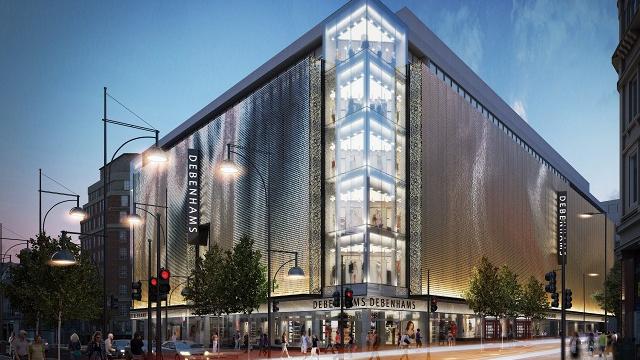 It’s fair to say I’m a keen advocate of online shopping – it’s typically much cheaper than the high street, can be done in minutes and you can enjoy the convenience of home deliveries. However, the naysayers are quick to point out that when it comes to buying items such as clothes, online shopping can’t compete – because you can’t try items on until you have bought them.

Of course in most cases you can simply return an item if it doesn’t fit – but admittedly this is one aspect of using the internet that is beaten by shopping on the high street. That was, until now.

Debenhams has become the first major retailer to trial a new cutting edge technology known as augmented reality. It allows users to superimpose outfits over their own image using a smartphone, iPad or webcam.

Over a three-day period, the department store launched an Apple application allowing shoppers to view 10 party dresses on iPhones and iPads which they can then try on virtually and if, they like them, order them on the spot.

Simon Forster, the director of the Debenhams website, believes this technology offers the consumer the best of both worlds. It allows them to enjoy the convenience of online shopping while also gaining the experience of shopping in store.

The technology has the potential to change the face of online shopping because a survey by online retailer community IMRG earlier this year revealed that up to 40 per cent of clothing purchased online is currently returned to a retailer because the items do not fit properly or the consumer is dissatisfied in some way. However, this technology will even allow consumers to get a second opinion by uploading images to social networking websites such as Facebook and Twitter.

While the virtual changing rooms may be “one for the future” there are plenty of Debenhams voucher codes and offers available now to bring the cost of your Christmas shopping down. Here are some examples of the deals currently available at Moneysaver.ie:

This website uses cookies to improve your experience while you navigate through the website. Out of these cookies, the cookies that are categorized as necessary are stored on your browser as they are essential for the working of basic functionalities of the website. We also use third-party cookies that help us analyze and understand how you use this website. These cookies will be stored in your browser only with your consent. You also have the option to opt-out of these cookies. But opting out of some of these cookies may have an effect on your browsing experience.
Necessary Always Enabled
Necessary cookies are absolutely essential for the website to function properly. This category only includes cookies that ensures basic functionalities and security features of the website. These cookies do not store any personal information.
Non-necessary
Any cookies that may not be particularly necessary for the website to function and is used specifically to collect user personal data via analytics, ads, other embedded contents are termed as non-necessary cookies. It is mandatory to procure user consent prior to running these cookies on your website.
SAVE & ACCEPT